While poker is played in all four corners of the world, the United States – more specifically, Las Vegas – is rightly regarded as its epicenter. Many of the best and most successful people to have ever played the game come from the US – in fact, the majority of past WSOP Main Event winners come from the country, with five of the last ten victorious players hailing from somewhere in the United States.

But who are the top American poker players on the all time money list? That’s what we’ll be looking at on this page, and you’ll see some names you recognize, and others you might not. We’ve used the Hendon Mob poker player database for all earnings figures on this page and figures have not been time inflation adjusted. Therefore, you’re likely to find more modern players on the list than those from decades ago.

It should also be noted that we’ve only taken lifetime poker tournament winnings into account, meaning that cash games are not considered. This is because it’s almost impossible to accurately collate the winnings from all cash games.

Ready to find out which American players have had the most global success at poker tournaments? If so, keep reading our list of the top 10 highest earning poker players!

Number one on our list of the top 10 poker players from the US is Bryn Kenney. A huge chunk of his earnings comes from one single payday – his second-place finish at the 2019 Triton Million tournament in London. Despite finishing 2 nd , a deal made while he was in the lead meant he earned more than the tournament’s winner, China’s Aaron Zang.

Kenney also has plenty of other high-profile wins to his name, including seven more wins in excess of $1 million. His latest significant win came in January 2020, when his 3 rd place finish at the 100K Challenge in the Aussie Millions Poker Championship saw him win just under $400,000.

In 2 nd place on our list is Justin Bonomo, who has had a number of huge wins throughout his career. The biggest was a cool $10 million, won when he took 1 st place at the 2018 Big One for One Drop – the most lucrative tournament around before the Triton Million was launched in 2019.

Bonomo also won a $5 million prize for his victory at the $300,000 No Limit Hold’em tournament at the 2018 Super High Roller Bowl Las Vegas . He also has two other cashes worth over $2 million, and a further couple worth over $1 million. 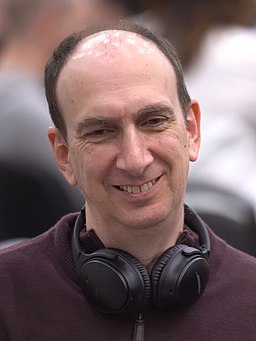 Next up is Eric Seidel, one of the elder statesmen of the poker circuit. The New Yorker’s last major payday came in November 2019, when he placed fourth at the Super High Roller Bowl at partypoker LIVE, taking home a prize of $1.275 million.

Unlike the two men above him on the list, Seidel hasn’t had one huge win in his career, instead building his fortune through consistently placing well in tournaments. His highest career tournament win is just under $2.5 million, won when he finished 1 st at the Super High Roller event at the 2011 Aussie Millions Poker Championship.

Dan Smith’s 3 rd place finish at the Triton Million in 2019, which earned him over $8.7 million, catapulted him up the list. Just five months earlier, he also won another seven-figure prize, taking home over $1.7 million for coming 3 rd at the Main Event of the Triton Super High Roller Series Jeju.

Smith’s next highest prize was the $4 million won for finishing 3 rd at the 2018 Big One for One Drop. He also won over $3 million at the High Roller for One Drop in 2016. He has received six more prizes of over $1 million in his career. 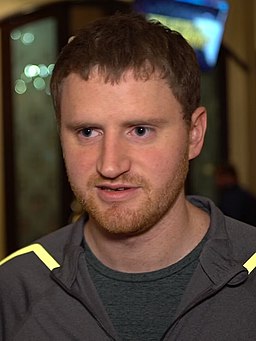 David Peters, like Eric Seidel, hasn’t won any huge tournaments, however he has won 10 prizes worth over $1 million. The largest of these was just under $2.7 million, won when he came 2 nd at the $196,000 + 4,000 No Limit Hold’em Super High Roller Series at the WPT National Philippines.

Peters’ most recent win of over $1 million was in March 2019, when he came 5 th at the Main Event at the Triton Poker Super High Roller Series Jeju. This came just a couple of weeks after winning over $1.2 million at the Main Event of the 2019 US Poker Open .

Jason Koon is perhaps one of the lesser-known names on this list, however he has landed some big cashes since his first listed tournament on the Hendon Mob database, which came in 2008. His biggest prize was when he came 1 st in the HK$ 1,000,000 No Limit Hold’em Short Deck Ante Only 1M tournament at the 2018 Triton Super High Roller Series Montenegro .

Steve O’Dwyer lives in Dublin, Ireland however he was born in Colorado Springs, CO. His biggest prize came when he won over $1.87 million at the Super High Roller 8 Handed event at the 2015 PokerStars Caribbean Adventure.

O’Dwyer has never won a prize over $2 million, meaning that he’s made this by being incredibly consistent on the poker circuit. He has won over $1 million five times, most recently in the $25,000 + 500 No Limit Hold’em MILLIONS World tournament at the 2018 partypoker LIVE event.

Phil Ivey is undoubtedly the most famous name on this list. In fact, aside from Daniel Negreanu , he’s probably the most famous poker player around right now. His biggest ever cash was in 2014 when he won the No Limit Hold’em $250,000 Challenge at the Aussie Millions Poker Championship.

Ivey has also had big cashes at a number of other tournaments, including winning over $2 million at the 2012 version of the previously mentioned tournament at the Aussie Millions, in which he also came first. He has five other wins of over $1 million. He has earned millions more from cash games and real money poker sites. 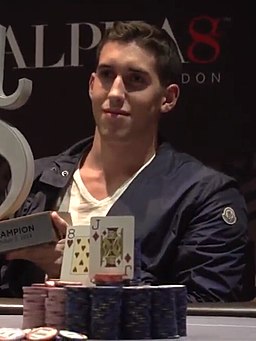 Penultimate place on the list goes to Daniel Colman, the 2014 winner of the Big One for One Drop tournament. For winning, he grabbed a prize worth $15.3 million. He also won over $2.1 million when he won the Super High Roller tournament at the 2014 EPT Monte Carlo Grand Final .

The final name on our list of the top earning US poker players is Cary Katz. He is another player who hasn’t ever won an exceptionally large prize, instead building his bankroll by consistently placing well in the tournaments he’s entered.

Katz’s biggest ever win came in 2019, when he finished 1 st in the £250,000 + 2,500 No Limit Hold’em tournament at the Super High Roller Bowl London event. He has also won five more prizes worth in excess of $1 million throughout his career.

Who Didn’t Make the Cut?

You might have noticed that there are some big names not missing from the list. Antonio Esfandiari, once the highest earning player on the planet, just missed out, coming in 11 th place. Phil Hellmuth also came outside the top ten, as he’s the 14 th highest earning US tournament poker player. Scott Seiver is in 15 th and Jason Mercier is 17 th .

Michael Mizrachi is 21 st , former WSOP Main Event winner Joe Cada is 27 th , and Jamie Gold, another Main Event winner, is 32 nd . The highest placed woman is unsurprisingly Vanessa Selbst, who is 34 th on the list.